How the workers' insurance is to be reformed 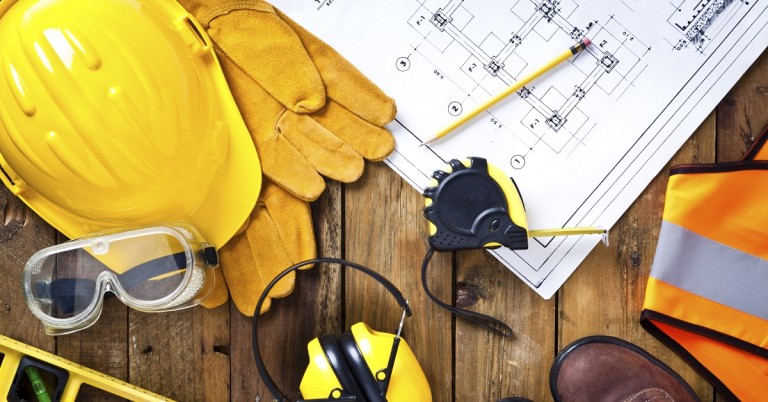 State statistics cover only officially registered cases. It must be admitted that the violation of labor rights in our country is far from uncommon, so the figures for industrial injuries can be safely multiplied by three to get a more complete picture.

According to the Bureau of Statistics, ten years ago, in 2011, 283 people died at work in Kazakhstan, and another 2,817 were injured. At the end of the USSR era, in 1991, almost 32 thousand people suffered in the performance of labor duties, and 925 died. Due to the economic structure of those years, working specialties were in demand, and there were a few more industrial productions, but there was definitely a real problem with labor safety in Soviet times, according to the numbers.

Since the CAI launch in 2005, partly owing to insurance companies, the number of accidents has slowly but surely begun to decline.

Do you want it to be like under socialism?

At least 30% of industrial injuries end in disability with partial or complete loss of ability to work. The victims often lose limbs. Last year there were 78 cases of traumatic amputation, 45 people lost their sight. Another 351 people developed occupational diseases losing the opportunity to work fully.

In retrospect of Soviet times, one can note not only the complete absence of an accessible environment. The state pretended that there were no people with disabilities in society. Therefore, building codes did not even suggest the construction of ramps. Scientific achievements served the military-industrial complex, and not the citizens who received injuries and occupational diseases.

“Advanced” Soviet prostheses could not perform any functions other than imitation, thereby simply complicating the life of their owners. Unfortunately, such samples are mass-produced today as part of the state order. It was impossible to purchase a wheelchair either in free sale or by coupons. To solve this problem, people with limited mobility used boards with wheels, usually made in a handicraft way.

Workers lose not only limbs, burns of the eyes, respiratory system, and similar types of “professional burnout” often occur in hazardous industries. Today, life insurance companies (LICs) incur additional costs for prosthetics, sanatorium resort therapy and surgeries under the CAI. There are examples when a computer and special software are purchased for the visually impaired due to an industrial injury.

Just last month, we paid an insurance benefit of over 57 million tenge to the family of a worker who had died at work. His widow and children will receive more than 400 thousand tenge monthly (with annual indexation), which is comparable to the salary of the deceased. Money will not be able to make up for the loss of the family but it will help raise children. This is far from an isolated example. Recipients of state benefits can hardly count on such payments today.

Such improvements are the merit of the market and by no means legacy of the Soviet regime. It is obvious that private capital within the framework of the CAI copes with the fulfillment of the social task of providing for affected citizens incomparably better than the Soviet state did. And why then take a step back and step on the Soviet rake again?

Voluntarism is our everything

The quality of insurance coverage for employees directly depends on insurance rates. In 2015, the Ministry of Labor reduced the tariffs for CAI, for the sake of big business, worsening the conditions for the insured. Changes are pending on the market, but it is clear that the ministry does not have a clear vision for the system development, as evidenced by the inconsistency of decisions made.

CAI tariffs were first raised this March, but after only six months they were reduced again. This leapfrog is detrimental to insurance products designed to provide for the families of injured workers for decades after the accident. If insurance payments run out one day, where will the widow with hungry children go? To an official who retired a long time ago, who signed the decision to reduce tariffs, or to an insurance company that was making regular payments for many years?

Big business by putting pressure on the ministry is interested in reducing the cost of insurance. Whether workers who have been injured in the workplace, as already “waste material”, will receive payments within the prescribed period, is no longer important. Such an “optimization” of insurance will lead to the fact that one day the hand of the giver will become impoverished, especially since, unlike the current CAI system, the Ministry of Labor proposes radical reforms that allow it to become both a giver and a taker.

“Hazards” for the Ministry of Labor

The participants in the insurance market came across the presentation “Proposals for improving labor safety through the prism of improving the CAI system” in November, developed by the National Research Institute for Labor Safety.

It is not clear how to improve work safety by reforming the CAI, and what competencies the safety specialists have in the field of insurance. A certain prism proposes to solve the problem of injuries in one of the following ways:

The first option is a transition to the model of a single operator, which the State Social Insurance Fund (SSIF) will be. It is proposed to move from employer liability to social insurance. Large employers will pay less than they do now, which will worsen the quality of insurance coverage for workers injured in the workplace.

The second option is a transformation of State Annuity Company (SAC) into a single operator with an extensive network of insurance agents. However, a few years ago, the market abandoned intermediaries on this class of insurance in order to reduce costs and increase the overall efficiency of CAI. The national institute proposes to keep only one state-owned insurance company without an alternative and create an army that, for agency fees, will lead employers to where they are legally obliged to go on their own.

The third option is to entrust LICs with the implementation of preventive programs to reduce occupational deaths and injuries. Not only were insurance rates on CAI cut in September, but the Institute for Labor Protection also proposed to assign LICs to direct responsibilities of the Ministry of Labor and relevant departments. With the same success, one could propose to abolish the Ministry of Labor and Social Protection, and at the same time the National Institute of Labor Protection as superfluous.

Apparently, the institute considered that workers who put their lives and health at work and their families were entitled to too high payments from life insurance companies compared to other categories of citizens in case of injury at work or death.

In addition, it is proposed to increase the pension coverage of workers employed in hazardous working conditions, which, of course, is an important issue. However, the authors of the presentation refer to such people only as “hazards”. This is an indicative attitude of individual officials towards people they need to take care of, and not come up with condescending nicknames.

There are a variety of estimates of the state's participation in Kazakhstan's GDP; official data is not provided to the general public. Average estimates come down to about 20%. The OECD in its reports already speaks of 30-40%. The truth is somewhere in the middle.

We have been hearing from the highest rostrums about the need to reduce the role of the state in the economy for many years now. The President Tokayev is also concerned with this issue; he has repeatedly spoken about the excessive role of the state in the real economic sector and given corresponding instructions to the economic bloc of the country.

The state should completely secede or minimize its participation in those areas where the private capital is; this is a sound intention of the president. Denationalization is a new-old economic leitmotif, within the framework of which, among other things, the IPO program of national companies has been resumed.

Despite the declared economic course, on the government sidelines there are suggestions to transfer CAI to the hands of the state. This initiative is presented with reference to the Soviet experience.

Instead of market mechanisms, the National Institute for Labor Safety proposes to monopolize CAI with the actual creation of another quasi-tax. As a result, we get the opposite effect: there will be absolutely no incentive for employers to improve working conditions and reduce the statistics of injuries and deaths in order to receive better insurance rates.

According to various data, only 30-40% of working Kazakhstanis are covered by the CAI system. Of those insured, for a significant part of the employees, the occupational risk class is underestimated by the employer, because of which, the person will not receive appropriate compensation in case of accident. The attention of the government should be directed to the solution of these problems.

Now, all parties have their own clear roles in the CAI system: the employer insures, the state regulates, insurers pay. The officials should make sure that each party fulfills its obligations in good faith.

Insurance companies stimulate employers to work on reducing industrial injuries with tariffs and have sharply raised the standards for providing for the families of the dead and injured.

This is not the first attempt to drive private capital out of the life insurance market. If this happens, then one of these days we will find out that people working in hazardous industries will become the next “hazards” for officials.

P.S. Nine people get seriously injured during every shift across Kazakhstan. 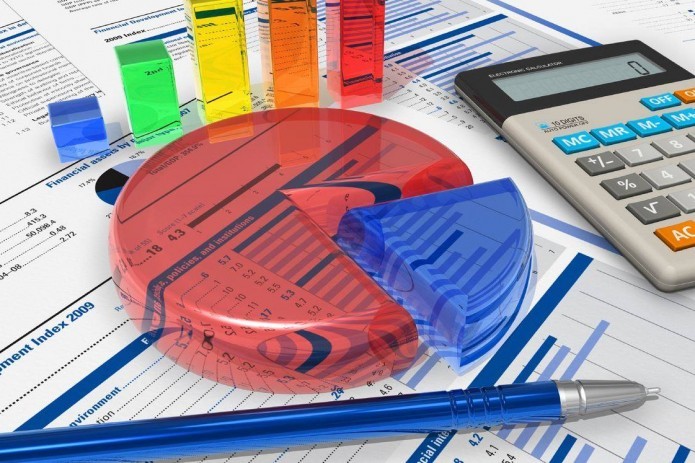 Most of insurance companies were able to achieve significant positive results in term... 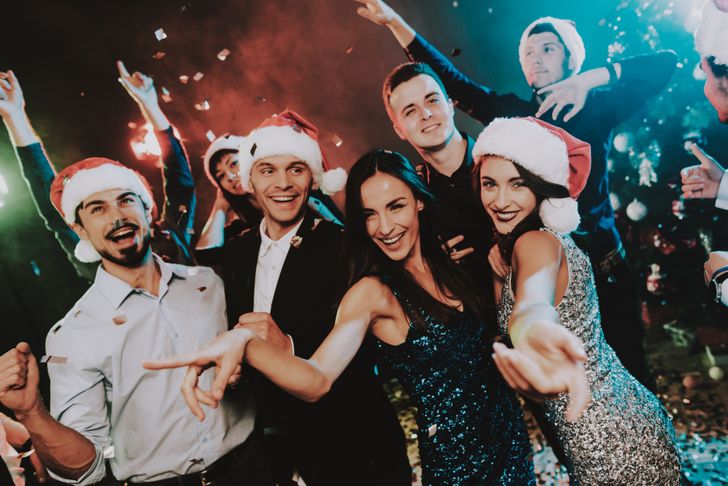 60 insured events have occurred with the company's clients for two holidays on Decemb... 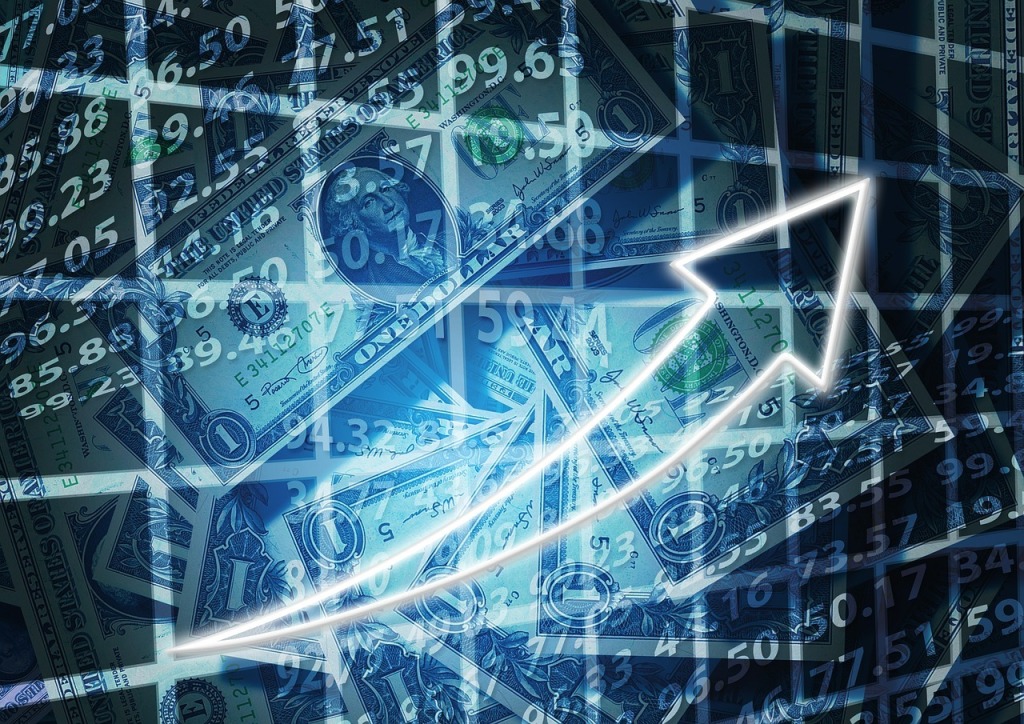 People in Russia are looking for alternative ways of saving money

The interest of Russians in universal life insurance (endowment) is growing. In the 1...