According to Forbes Kazakhstan, last year the dynamics of life insurance premium growth fell to 16% against 55.7% a year earlier. However, this fact had little effect on the financial performance of insurers. They reported an increase in assets by 38%, equity - by 42%, retained earnings - by 58.5%. 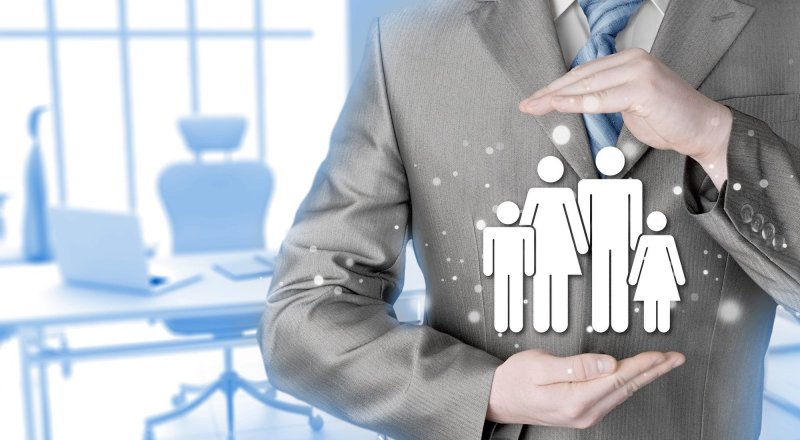 “The year closed with positive dynamics for our company: profit increased by more than 30%, sales - by 27%. The sector is likely to keep growing this year as well,” says Yerzhan Konurbayev, the Board Chairman of LIC Standard Life. One of the drawbacks that the pandemic has brought, according to him, is a decrease in sales of voluntary personal insurance products; the corporate sector has also turned on a standby mode and reduced its costs on voluntary insurance. There has been a drop in compulsory insurance programs; the discounts and payment by installments have grown.

How did the market grow? The main driver was the life insurance sector, which increased premiums by 26.9%. The result is especially strongly correlated with the weak demand of the population for property insurance. It turns out, there are financial products that people are ready to buy even in a crisis, and they are associated with a hybrid benefit: a return on investment coupled with life insurance coverage. Life insurance companies have been creating an alternative to banks and offering endowment life insurance programs for several years now. The product combines the accumulation of funds by a certain date and insurance coverage. While the money is accumulating, the insurer pays the client a guaranteed interest return. And since there is a high risk of tenge devaluation in Kazakhstan, LICs offer the yield in foreign currency. It fluctuates between 3.5-4% per annum in US dollars in the market. The insurers do not miss the opportunity to emphasize that their profitability significantly exceeds the banks’ offers with the annual rate on foreign currency deposits barely higher than 1%. Thus, the Board Chairman of Freedom Finance Life Azamat Yerdessov notes that after the spring devaluation of 2020 and the lingering financial crisis, endowment with the indexation of US dollar exchange rate is in special demand.

Kairat Chegebayev, the Board Chairman of LIC Nomad Life, justifies the sales growth by the fact that, due to remote work, people have more time to study financial instruments. The good business environment helped the company to grow in the endowment class in 2020 by 118% and outperform the market by 4 times. The life insurance dynamics should grow from year to year, since the Kazakhstan market is at a low base, Chegebayev believes. In addition, the growth is fueled by the active efforts of the LIC to develop endowment insurance. In October, 2020, Nomad Life was the first in the post-Soviet space to launch Unit-linked, an insurance product with an investment component. According to Chegebayev, this area is in high demand: in the fourth quarter of last year, there have been contracts concluded for over 4 billion tenge. Unfortunately, the interlocutor states, the National Bank statistics does not display the unit-linked fees and observers do not see the market dynamics. The efforts on inclusion the premiums on this product in the regulator's report are being made now. Open statistics will help experts and insurers analyze Unit-linked and this area development in Kazakhstan.

It is highly likely the endowment products will be able to set new sales records in 2021. It will be facilitated by the official inclusion of LICs in the State Educational Savings System (SESS), as well as amendments to the legislation regarding tax benefits under the endowment programs, which have begun to operate in January 2021. The government has finally met the LICs halfway and introduced the long-awaited tax deduction on insurance premiums and payments when calculating the IIT. The insurance policy owner no longer needs to pay tax on the redemption amounts paid upon termination of the insurance contract. The savings under the endowment programs, as well as deposits in STBs, are now tax-free. The insurance premium amount is deducted from the taxable base (but not more than 230 MCI per year). The fact of having an endowment insurance policy will mean that smaller amounts will be deducted from the client's salary and he will receive more money in his hands, insurers explain.

The second echelon is not far behind

Annuity insurance is the second largest and most important traditional LIC product. It is traditional because LICs along with general insurance companies, also sell health and accident insurance policies. Annuity is a complete prerogative of LICs. This product is associated with long-term payments, and the operational activity of LICs regulated by law is pointed at this process.

The annuity premiums increased by 8.8%, to 77.6 billion tenge in 2020, and in the total portfolio of LICs at the beginning of 2021 they accounted for 33.9%. The annuity sales peaked in 2019, when the market grew by 106.6%. The insurers explain the 2020 downturn as follows: over 90% of annuity premiums came from retirement annuities, which made the product big and popular. Recent changes in the pension legislation, when it was allowed to use part of the pension money to buy real estate or pay off a mortgage loan, reduced the demand for pension annuities among the population. However, it quickly recovered. Everyone who had the opportunity to transfer part of their pension savings into real estate has already exercised this right. After that, the annuity market returned to equilibrium.

“The population, as you know, spent their surplus savings on housing to the maximum. However, if the surplus was insignificant, people considered such spending inappropriate and preferred to buy an annuity. In order for Kazakhstanis to start transferring funds to management companies more often, time is needed, since this is a completely new option for the majority of the population,” Konurbayev believes.

In addition, the government is trying to increase the attractiveness of retirement annuities so that people can take advantage of early retirement opportunities. The conditions of annuity programs have been updated this year: the amount of the sufficiency threshold for retirement annuity has decreased, and deferred annuity allows transfer savings from the UAPF after reaching the age of 45. If the sufficiency amount for 55-year-old men has been 11.3 million tenge, and for 51.5-year-old women - 15.5 million in 2020, now a man of the same age can purchase the annuity for 6.7 million tenge, and woman - for 9 million. Due to decrease in the sufficiency amount, the number of potential customers interested in the product has increased. The insurers' optimism is confirmed by the current statistics as of 2021. As of early June, the retirement annuity fees have grown by 208.3% compared to the same period in 2020.

The third classic LIC product is compulsory employer liability insurance against industrial accidents (CAI). This is a rather interesting product. The binding nature of insurance makes it attractive to insurers. On the other hand, the substantial payments inherent in such insurance make it necessary to treat it with sufficient caution.

The pandemic has had a restraining effect on compulsory accident insurance of employees. The insurance premiums increased by only 2.2% or 0.9 billion tenge. “The number of concluded contracts on this type of insurance remained at the level of 2019. The average insurance premium increased by only 2%. The closure of some SMEs, job cuts during the quarantine period, partial reduction in wages were the restraining factors,” explains Zhanar Zhubaniyazova, the Board Chairman of the life insurance company Halyk Life.

However, the economic recovery this year and the government's decision not to close Kazakhstan for a hard lockdown during the period of COVID outbreaks had a favorable effect on the insurance premiums on CAI. From January to May this year, they grew by 4.3% to the same period last year.

The collected premiums, along with the value of assets, are a kind of insurance company’s performance index. The more premiums a company collects the higher its market share and influence on the market development. There is, however, a “backyard”, the payment policy of companies. Policyholders enter into insurance contracts with a single purpose - to receive compensation from the insurer when the insured event is realized. The client's perception of a particular insurance brand depends on how quickly and in full the insurer pays.

The year of 2020 was challenging for LICs in terms of payments, which increased by 23% in the market. Konurbayev connects the trend with the overall insurance portfolio growth. Thus, the total payments grew by 8% in Standard Life for this reason. However, death benefits of the insured, primarily under the CAI program, reduced by 57%. The reason is a decline in business economic activity caused by pandemic restrictions. Konurbayev expects an increase in insurance payments in 2021.

As you can see, LICs apply correct payment policies, and, according to insurers, this largely contributes to the growth of popularity of their products. Policyholders receive reimbursements and are increasingly loyal to insurance considering it a useful financial instrument.

In general, LICs are very optimistic about the future results of 2021. Launching new programs on annuity and endowment will attract additional fees. “It is planned to launch a joint retirement annuity in the near future, which will also have a positive effect on the premium growth,” notes Yerdessov.

LICs offer endowment insurance as an alternative to deposits: unit-linked as one of the options for investing in the stock market and retirement annuities - as a way to escape the state UAPF. Besides, large volumes on compulsory accident insurance have stimulated the largest employers in Kazakhstan to establish their own LICs. At the moment, some of LICs among the new players are niche insurers, and their interest involves only certain types of insurance. The market competition is growing, and the concentration of premiums from traditional large LICs is slowly declining in favor of new companies. Nevertheless, they believe in Nomad Life: “Old players have client portfolio accumulated over the years, and everything depends on the service, quality and completeness of insurance payments. With the emergence of new players, we did not feel any radical changes that would affect our processes or our client portfolio.” 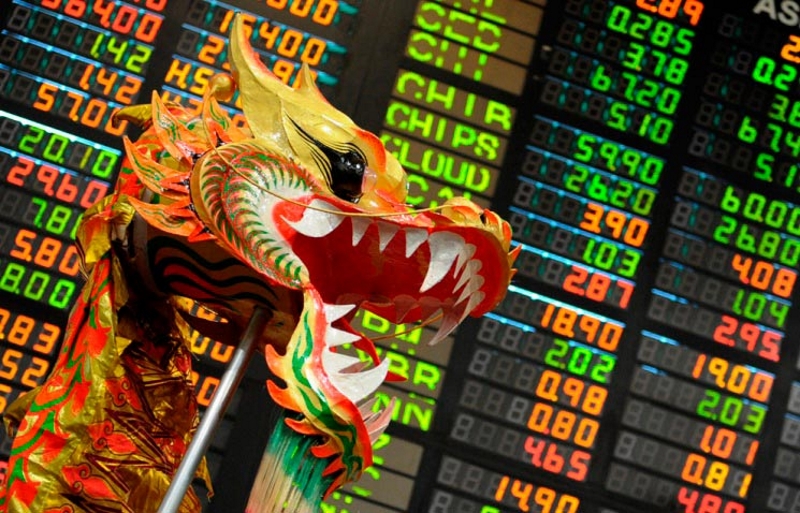 As Asian insurance assets expand due to demographic shifts and growing consumer appet... 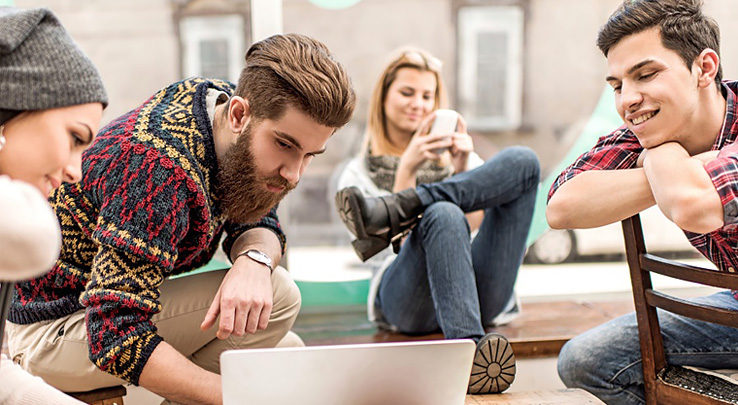 Millennials are the future of the insurance market 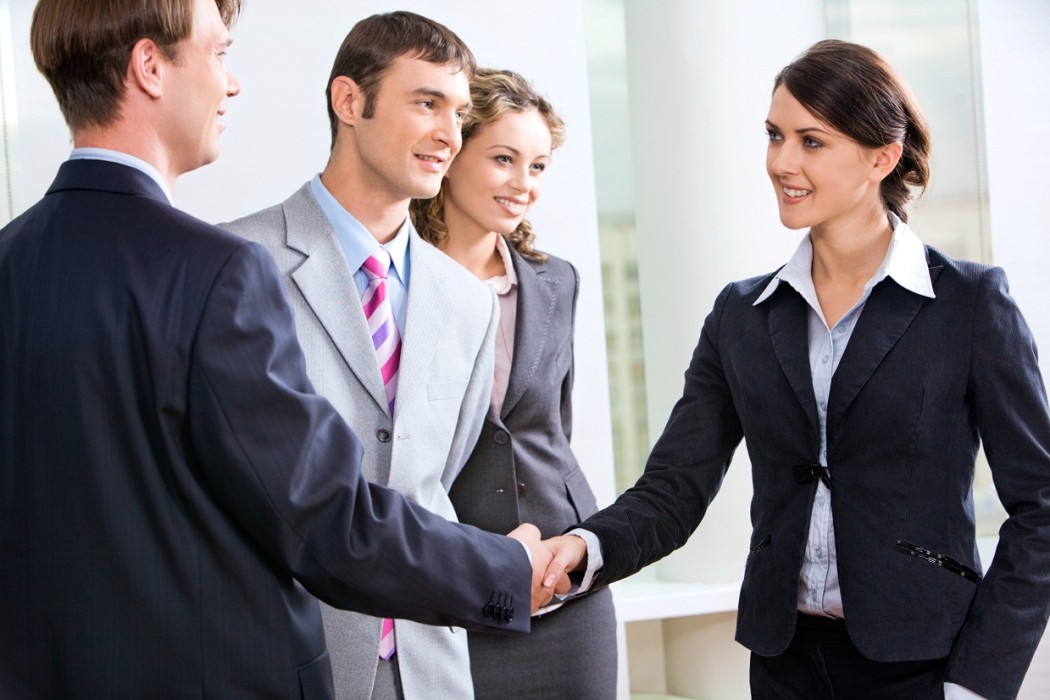 Europeans will have to work more than 36 years before retirement

The European Statistical Agency (Eurostat) calculated how long it takes for Europeans...