Ukrainians should to insure infants for "survival to full age"

Like the entire economy in general, the Ukrainian life insurance market is going through difficult times, but it has a future. 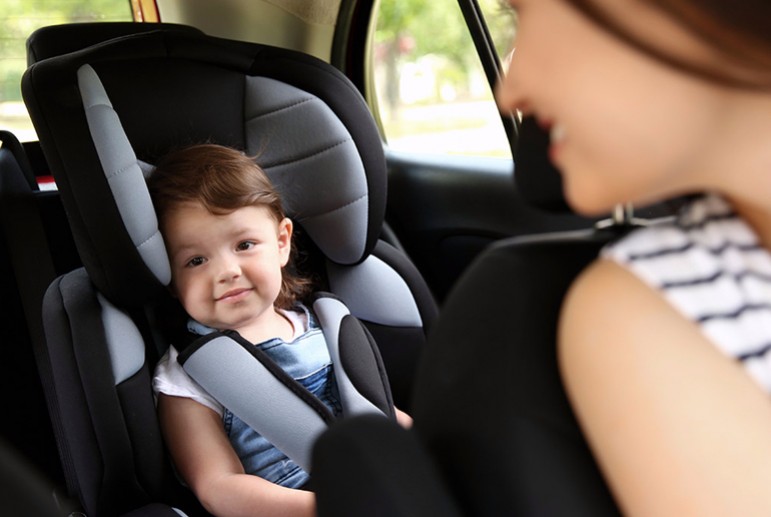 According to the National Commission, regulating the financial services markets, for the first nine months of 2017, life insurance companies collected 2.02 billion UAH in insurance premiums, which is only by 1.7% more than for the same period in 2016. With such hryvna dynamics it becomes obvious that by the end of last year in US dollar equivalent the market did not grow at all, but on contrary shrinked. However, the positive dynamics in the hryvnia inspires hopes for the future.

Today more than 4.2 million Ukrainian citizens are life insurance policy holders. The number of insured people increased insignificantly, by only 3.6%, for the first nine months of 2017. However, the regulator states that according to life insurers the number of insured clients was by 21.4% than in the same period in 2016. By October, 2017 more than 972 thousand people became life insurance policy holders, while a year earlier there were 1.2 million insured. Moreover, there is a process in the market connected with the refusal of customers to continue long-term insurance programs for different reasons. "According to the results for nine months of 2017, twelve life insurance companies got a negative increment in life insurance reserves for a total amount of 130.7 million UAH due to early termination of insurance contracts," the official report of the National Financial Services Committee says.

There are many reasons for this state of affairs. First of all, it is the decrease in population ability to pay. The rise in prices, currency fluctuations, and the lack of income growth cause families to save on services that are not essential. Besides, a low level of confidence in the domestic financial sector in general has a negative impact on situation. This distrust is a direct consequence of numerous bankruptcies in the banking sector and regular scandals in the risk insurance market, particularly, in the third-party insurance, full comprehensive insurance and medical insurance. Unfortunately, there are events of misconduct among the life insurance companies. In particular, due to termination of business of five life insurance companies, such as Ekko, Ukrainian Life Insurance Group “Zhizn”, Oranta-Zhizn, Garant-Life and General Insurance Fund-Zhizn, more than 22.4 thousand people for a total amount of more than 316 million UAH.

We should also bear in mind that many insurance companies suffered from the bank bankruptcies, as they were keeping customers’ funds on bank accounts, and the banks were put out of commission in process of winding up.

A low financial awareness of population does not help the situation improvement either. As a result, the majority of potential clients do not want to spend their own money on life insurance products, which they often do not trust or understand.

Things are not all that bad

Considering the consolidated data of the regulator, one can really come to the conclusion that the market is in decline. Nevertheless, insurers note that the situation can be very different from one company to another, and in general, life insurance has very a promising future. Especially considering that the economic situation in the country has stabilized, the economy is slowly growing, and the population's incomes are increasing. Last year, on the basis of the Ukrainian Federation of Insurance (UFS), nine life insurance companies merged into Project Zhizn to jointly develop a transparent and stable life insurance market in Ukraine. One of the distinguishing features of these insurance companies is publicity, the willingness to provide the public with data on the results of its activities. For the first nine months last year, the project participants accounted for 92% of the insurance premiums collected in the market. The project has united such companies as MetLife, INGO Ukraine Zhizn, AXA Life Insurance, Prince Life Vienna Insurance Group, IC TAS, PZU Ukraine Life Insurance, Grawe Ukraine Life Insurance, ASKA-Zhizn and Uniqua Zhizn.

It is noteworthy that in general this group of companies demonstrated growth of insurance premiums at the level of 29%, while, according to the National Committee on Financial Services, the market as a whole (34 life insurance companies registered in Ukraine) grew only by 1.7%. According to the participants of the "Project Zhizn", in 2017 the total volume of premiums in life insurance sector amounted to about 3 billion UAH. In fact, we can state the process of further concentration of the market, when some players continue to actively increase business volumes, while others gradually wrap up their activities.

To whom the crisis is not an obstacle

Indeed, it should be acknowledged that there are companies on the market that, in difficult economic conditions, find opportunities for their active business development. The dominating insurance companies on the market in terms of collected premiums are MetLife, Unique Zhizn, TAS, PZU Ukraine Life Insurance, ASKA-Zhizn. It is worthy of note that three players from the top five are affiliates of Western financial groups in Ukraine. In particular, "MetLife" insurance company is controlled by the holding company MetLife (USA), "Uniqua Zhizn" is a member of the Austrian group Uniqa, "PZU Ukraine life insurance" belongs to the Polish group PZU. Among the top five leaders in collecting premiums were also companies controlled by Sergei Tigipko ("TAS" IC) and Rinat Akhmetov (“ASKA-Zhizn" IC).

The best result for the volume of collected premiums as of January-September of last year was demonstrated by MetLife Company, it came to 530.2 million UAH, which, by the way, is by 22.3% more than for the same period in 2016. Life insurance company “Zhizn”, being on the second place in collecting premiums with a result of 326.7 million UAH, is actively catching up with the leader. Its growth rate exceeded 70%, which was the best indicator on the market. The collection of premiums was also actively increased by IC "TAS" and "AXA Life Insurance". The life insurance company being a part of TAS group for the period under review increased premiums by 53.6%, to UAH 322.2 million. AXA Life Insurance controlled by the French AXA Group managed to increase them by 51.8%, to 44.5 million UAH. There were some failures though. In particular, the life insurance company "Knyazha Life Vienna Insurance Group" controlled by Austrian shareholders for the first nine months of last year collected 42.5 million UAH of insurance premiums, which is 36.9% less than for the same period in 2016.

Thus, today we can actually talk about two segments of the life insurance market: a successful and experiencing stagnation. And I must say that the number of players on the market is declining. If there were 34 insurance companies in the state register of financial institutions as of September 30, 2017, there were 43 of them a year earlier. UFC experts are concerned that the significant amount of liabilities in the form of reserves in amount of UAH 440 million, are still concentrated under the management of companies, which are not public. "There is a risk that a certain proportion of such liabilities are threatened not to be fulfilled or fulfill completely," states the Project Life. – The insolvent companies or the companies that are to disappear from the market in 2015-2016 account for about UAH 400 million, and it is unclear whether these obligations are taken into account in the consolidated information of the National Commissariat of Finance. Another concern of experts is the fact that the part of insurance payments - 21%, 54.6 million UAH - were declared by smaller players with amounts of collected insurance premiums of UAH 50 million. “This could be a risk factor leading to new bankruptcies in the life insurance market," the report said. Nonetheless, the economy is gaining pace, the country is gradually moving to Europe, companies are increasingly adopting European business standards, and that means that the level of customer trust and the prospects for insurance companies will improve, especially since better protection from illness or loneliness in old age than the life insurance contract has not been invented.

In developed countries, life insurance is primarily an investment tool. Things did not click with investments in life insurance in our case. Why? That is logical: unstable economies are characterized by earning-maximizing behavior, and stable, developed economies more into long-term investments with a low annual income: 3% - good, 6% - excellent. Therefore, life insurance exists in developed countries in various forms: from pension savings or premature death risk to unknown to Ukrainians infant insurance "survival to full age", which Europeans consider as the way to save money for child’s education.

In Europe and the US, so-called life-insurance with investment component (unit-linked insurance) is traditionally developed: an insurance company, in order to increase profitability, uses a subunit portfolio to invest in potentially more profitable but also riskier instruments without risking with all clients’ assets.

But the main distinguishing feature of the life insurance market in our country is a low level of penetration. There are several reasons to that: the absence of insurance culture, the instability of local currency (hryvnia), which brings to naught the investment attractiveness of insurance. Lack of trust to companies is definitely one of the standing out reasons. Even if banks that offer customers understandable products regularly surprise them with hidden commissions and special terms written in small print in contracts, insurance companies sell a completely unknown product - it cannot be "felt", it will not benefit in the short term, but it costs a lot. And the scheme when the client stops paying fees, the company keeps all received premiums, because it has reasons to not continue fulfilling its obligations, happens to be everywhere in Ukraine. This only fastens the idea that insurance companies are simply a legitimate way of robbing people.

But, despite all of the above, the Ukrainian life insurance market exists. The so-called "bank insurance" has become the main market driver in the country. It is a life insurance of borrowers for commitment period, as a rule, the loan balance. A significant market share is held by the personal life insurance (endowment, term, risky, and mixed). Do not forget about corporate life insurance, which large companies include in the social package for top management and especially valuable employees. 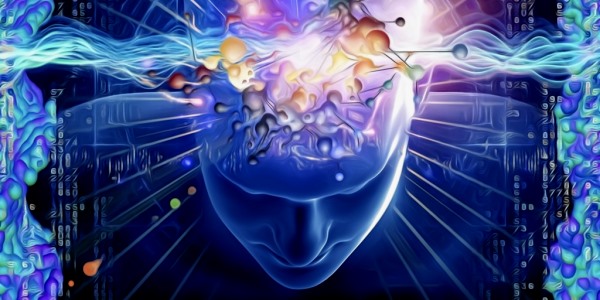 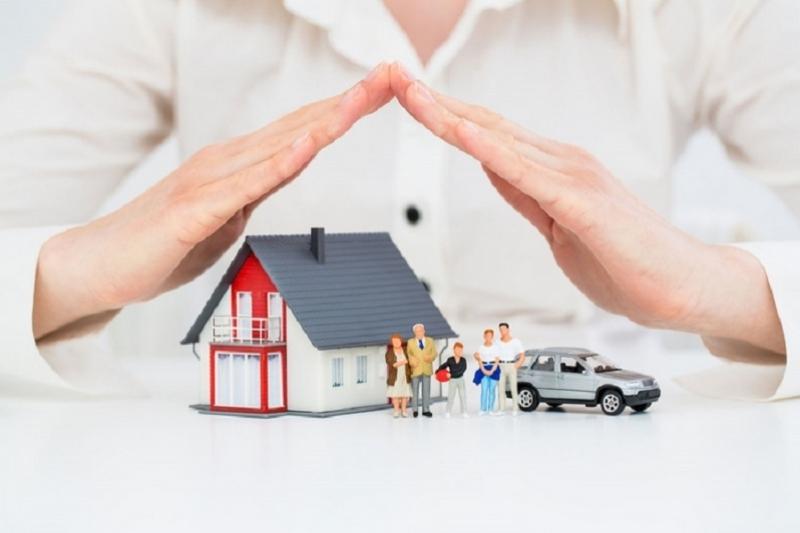 According to him the voluntary insurance of legal liability, motor transport and life... 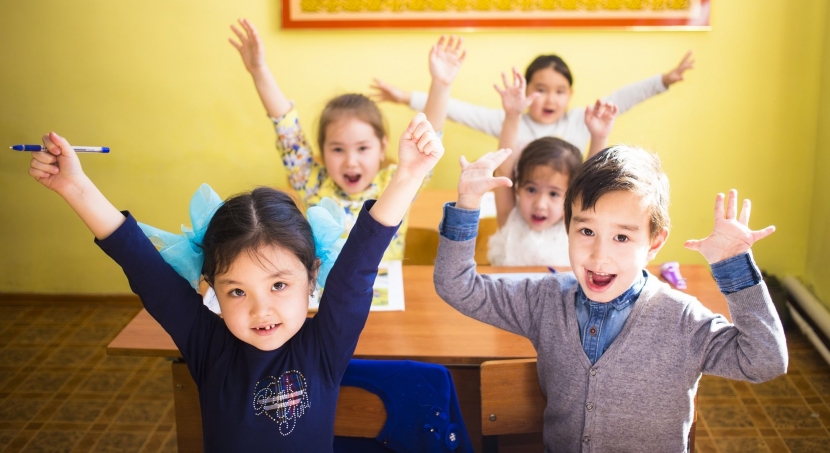 The ratio of women and men was calculated in Kazakhstan

The population of the Republic of Kazakhstan has increased by 1.3% over the year, to ...