Insurance grows due to the increase in the product cost 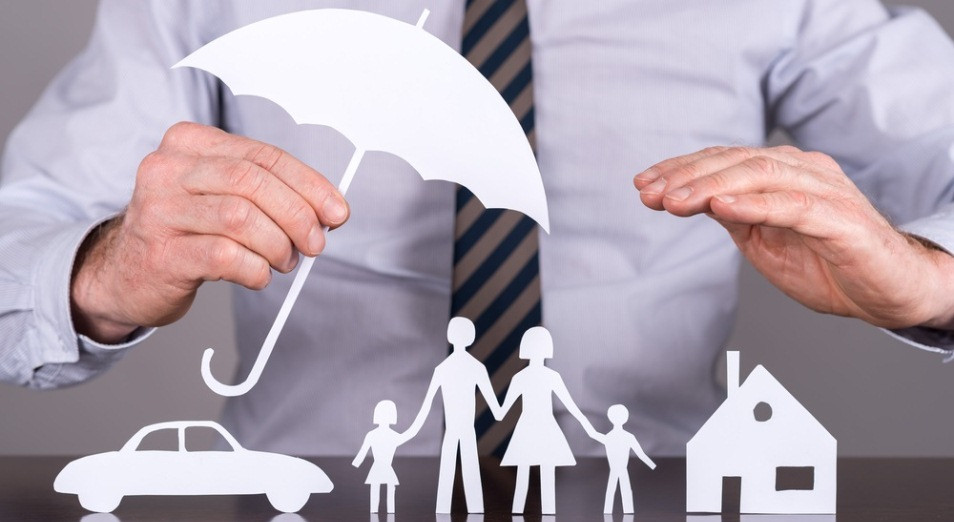 The insurance sector did not find the strength to stop stagnation and show a good growth in the first half year. The capacity of the market pulled up: insurance companies concluded 3.9 million contracts, i.e. 101.5 thousand more (2.6%).

Nevertheless, the dynamics of premiums as of January-June, 2018 turned out to be frankly speaking weak, only 3.7%. In absolute terms, premiums rose to 212 billion Tenge against 204.4 billion Tenge for the same period in 2017, when premiums grew by 3.3% (according to the report on insurance premiums received by insurance companies). Last time, the insurers perfectly accounted for the half-year 2016, when the sector grew by 33.4%. Since then, the market does not find any opportunities for a new growth.

The only difference between the first half of this year and the same period last year is the usual change of a leader. In 2017, the voluntary private insurance surprised and pleased with a dynamics of 24%, this year it slowed down the rate gaining 14% (KZT7.6 bn. in absolute terms). Nevertheless, premiums of KZT60.9 bn. were very impressive and outstripped the compulsory insurance fees. Compulsory insurance this time turned out to be the leader of 19.4% growth or KZT8.9 bn. having reached the volume of KZT54.6 bn. By the results of the first half 2017, compulsory types had an insignificant dynamics of 6.2%.

The share of premiums on voluntary personal insurance increased to 28.7% against 26.1% in the first half 2017 and 21% in the same period in 2016. Property insurance, where the main sales volume is brought by the corporate sector, is losing ground to the retail segment. It is much more expensive to insure retail, as more money is spent on more extensive sales channels, which leads to increase in the insurers’ costs.

The introduction of an electronic policy will not give significant savings at first, as the digital policy should, firstly, get accustomed, and secondly, active agents bring the forecasted profits to insurers, and no one is going to give up agents, especially since the initial digitalization will affect only compulsory car insurance.

The increase in premiums was due to an increase in the average contract cost, which amounted to KZT12 thousand against 9.7 thousand Tenge a year earlier. Compulsory insurance of an employee against accidents in the performance of his work (office) duties (Compulsory accident insurance) is the second significant class in compulsory insurance. According to the results of 1HY 2018, the fees amounted to 20.4 billion Tenge against 18.7 billion Tenge a year earlier.

Nevertheless, the dynamics of premiums is shrinking: this year the premiums have grown by 8.6%, a year earlier - by 17.5%. As a result, the share of compulsory accident insurance in compulsory types decreased from 41% to 37.3%.

An increase in the average cost of the contract from 444 thousand Tenge to 486.7 thousand Tenge with insignificant reduction of the insurance capacity ensured the growth of the compulsory accident insurance.

The maximum dynamics in the 1HY 2018 was 53% in life insurance. The dynamics were provided by quite market components: an increase of 33% in the number of insurance contracts and the average amount of the contract from 41 thousand to 47 thousand Tenge. The insurers collected 22.6 billion Tenge.

The growth driver was a leader in collecting premiums in the life insurance segment, a subsidiary of the largest bank, which doubled premiums, from 6.5 billion Tenge to 12.1 billion Tenge. Thus, the company's share in total premiums on life insurance grew during the HY to HY from 44% to 53.4%.

Annuity insurance in contrast to the first half 2017 with the growth by 40.8%, backwatered, having collected 12.9 billion Tenge, by 4.6 billion Tenge less. The reason for the recession lies in a 1.4-fold decrease in the number of insurance contracts with a slight increase in the cost of insurance, from KZT 6.9 million to KZT 7.1 million.

Since in the context of annuities traditionally the largest share is occupied by retirement annuities, the reduction in receipts for pension annuities from 14.8 billion to 9.5 billion affected the entire segment of annuity insurance. In January-June this year, insurers concluded 699 retirement annuity contracts with an average cost of KZT13.6 m., whereas a year ago 1,570 contracts were concluded with an average cost of KZT9.4 m. The increase in the value of the contract did not promote the popularity of this product among the population.

Unlike the first half 2017, when the 37% growth was due to the doubling of the number of insurance contracts, this year contracts grew by only 7%. The dynamics ensured the growth of the average cost of insurance: 19.3 thousand Tenge against 16.4 thousand Tenge (half-year to half-year). It is noteworthy that in the first half 2017 the average value of the contract fell compared to the same period in 2016.

The dynamics of premiums for voluntary medical insurance (VMI) grew at a higher rate (18.4%) than a year earlier (6.2%). The insurers collected by KZT3 bn more premiums, having received a portfolio of KZT19.2 bn. The growth was ensured by the positive dynamics of insurance contract conclusion, as the average cost of insurance decreased from 73.4 thousand Tenge to 71.2 thousand Tenge.

Out of three classes forming the main portfolio of premiums in voluntary property insurance, only MOD insurance has raised. The companies collected 9.5 billion Tenge, 1.6 billion tenge more (21.1%) than in the first half 2017.

Legal liability insurance (LLI) is developing as well. The segment collected KZT22.3 bn, having lost KZT7.9 bn of premiums for the same period of 2017, which, in its turn, exceeded the results of 2016 by 26.5%. In January-June, 2017 and 2018, the growth in legal liability insurance was ensured by the dynamics of contracts, by 57% and by 15%, respectively. As statistics show, the dynamics of premiums this year has fallen significantly. The decrease in the average contract cost, when the price collapsed from KZT 1.3 million to KZT 838 thousand, eventually led to negative indicators.

And, finally, property insurance turned out to be negative in all positions. The reduction in premiums amounted to 2.1%, to KZT50.1 bn., and was accompanied by a 2.1-fold drop in the number of insurance contracts, as well as the average cost of insurance, which fell by 2.1 times, from KZT 717.6 thousand to 335 thousand Tenge. A high competition in the segment does not allow property insurance to overcome the crisis, generating dumping and shortage of premiums by insurers, as well as a decrease in business activity of the business, reflected in the reduction in the number of contracts.

Insurance companies continued to make money from their core business: the companies' revenue from insurance amounted to KZT133.6 bn. vs KZT138.8 bn in the first half 2017. The income from investments doubled and amounted to 41.5 billion Tenge vs 19.7 billion Tenge (half-year to half-year). Insurers earned on sale and purchase of fixed income instruments, shares, and repo transactions on monetary market, but they lost in income on deposits.

The first HY has successfully formed in terms of revaluation of assets. The revaluation of securities and foreign currency generated revenue of KZT7.7 bn against a loss of KZT8.3 bn a year earlier. As a result, the total income of insurers was 177.5 billion Tenge instead of 151.9 billion Tenge in the first half of 2017.

The stable and rather low Tenge’s rate to US dollar, observed in the beginning of this year, helped insurers to hold costs for individual insurance products. The sudden and sharp weakening of Tenge, starting in June, will be reflected in the results of the year, but, most likely it will be partially compensated by revaluation of the currency position of insurers.

In the first half 2018, the sector's expenditures grew by 0.5%, from KZT 128.8 billion to KZT 121.8 billion. It is worth noting that the costs of payments under direct insurance contracts reduced, while the cost of reinsurance increased from 7.5 billion Tenge to 11 billion Tenge. The result is related to increase of 18.8% (KZT 3.9 billion in absolute terms) of premiums accepted by the market under reinsurance contracts.

In reinsurance, the share of premiums received from non-residents increases, by this July it has grown to 59%. The costs associated with foreign exchange payments are multiplying. General and administrative expenses have increased from KZT32.9 billion to KZT36.1 billion by 9.5% or KZT 3.1 billion in absolute terms.

The total insurers’ expenses made up to KZT128.8 billion instead of KZT121.9 billion (growth of 5.7%). A significant excess of revenues (KZT 177.5 billion) over expenses (KZT 128.8 billion) resulted in an increase in pre-taxable profits. Net profit amounted to 44.5 billion Tenge against 25.3 billion Tenge in the first half of 2017. Insurance companies’ assets grew by 11%, to 993 billion Tenge. 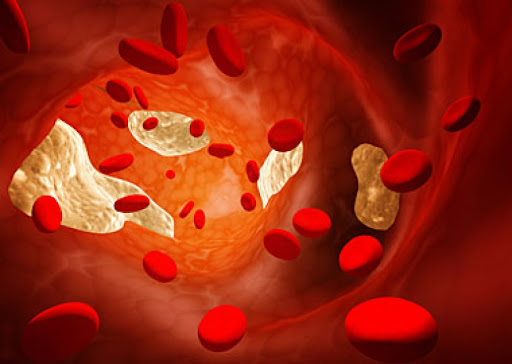 Bad cholesterol can be deposited in vascular walls of the heart, brain, kidneys, eyes... 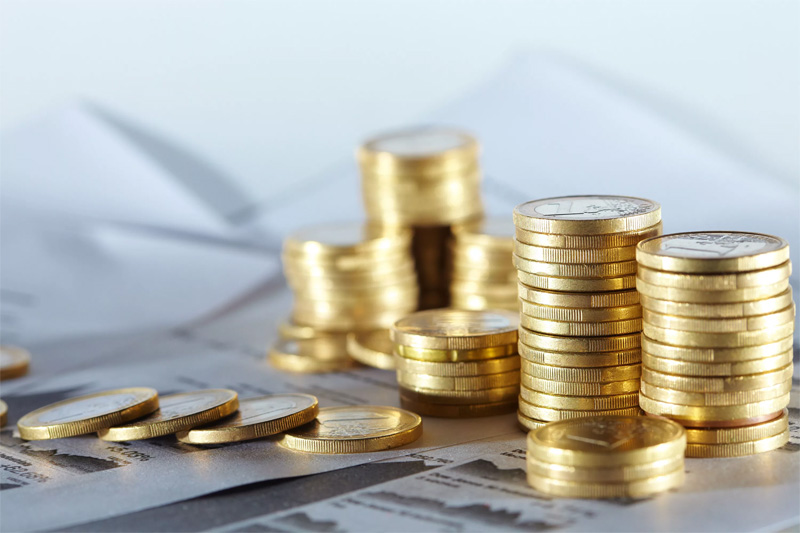 What clients can be credited by insurers? 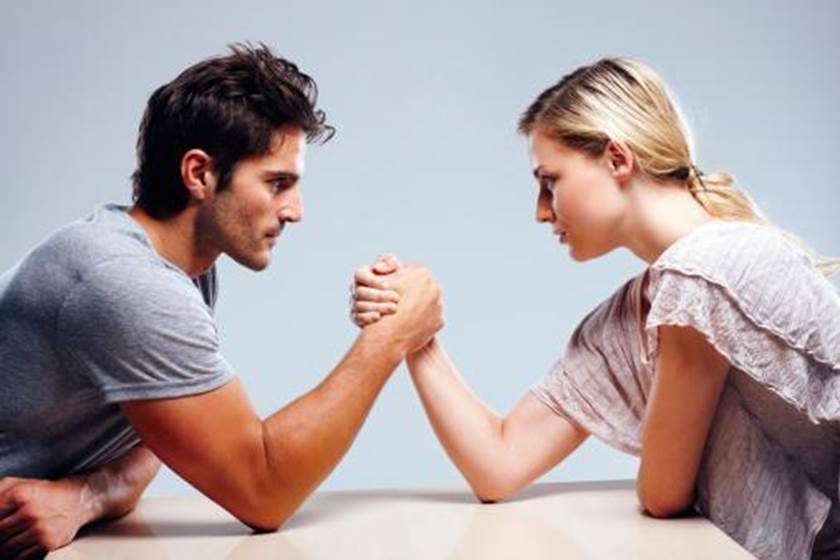 Wage gap between men and women is narrowing in Kazakhstan

The wage gap between men and women in the Republic of Kazakhstan has been decreasing ...