Provide for old age: people around the world tend to pay more attention to seniors

The rehabilitation centers for seniors will be open in Russia, and China is planning to actively develop the elderly care sector. Meanwhile, aging problem is becoming increasingly important for countries around the world, because the increase in life expectancy and number of aging people impose an additional load on the state budget, and also requires special attention and care from able-bodied citizens. Lifeinsurance.kz asked Bota Zhumanova, the founder of the pension thematic platform ENPI.kz, a financial expert, to share her opinion on the possibility of such social projects in Kazakhstan. 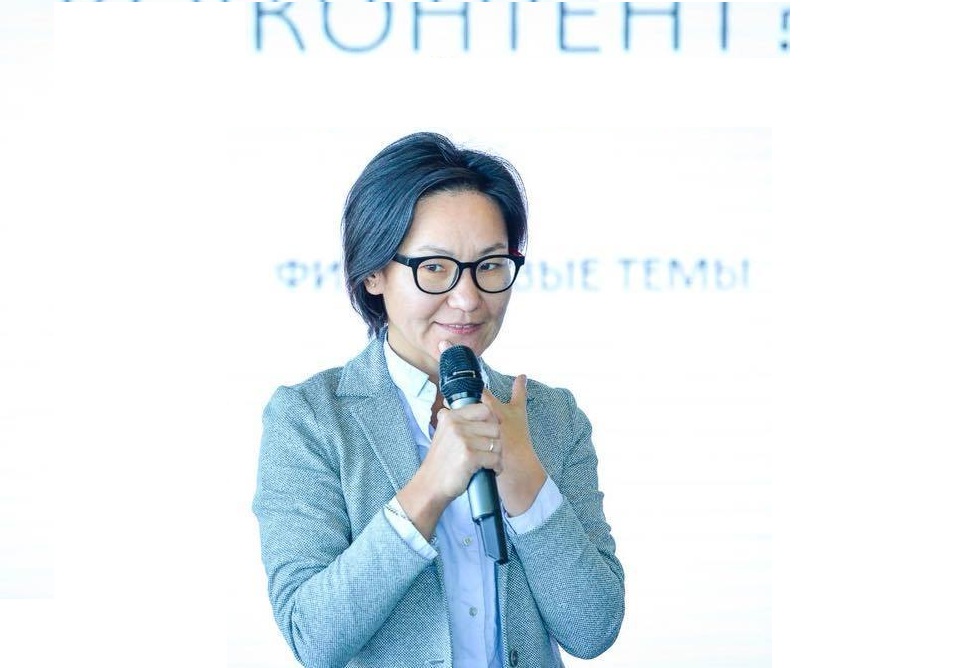 - Botagoz, how do you see implementation of Russian or Chinese experience of elderly care in our country?

- This is a very interesting direction for development of social entrepreneurship in our country, which is being developed by several business teams at different levels. Everything starts from the purchasing demand.

In Kazakhstan, there are about 300 thousand people who can be attributed to the middle class, at the age of 35+, who are just facing a problem with old parents that require more and more attention because of their age and health condition. In the next 10 years, this problem will become even more acute, because the elderly (parents) will require more attention and specialized care. And these expenses will definitely fall on the shoulders of solvent children aged 35-45, who are at the peak of their careers and income provision. Therefore, it would be much more pragmatic for them to approach the purchase of a “grandfather garden” service (in the sense of a garden for grandparents) in the market.

Such services are most of all developed in Europe, since European countries have long been faced with aging problem, while their generation of baby boomers is the most solvent. German retirees are the great example.

In our country, such services will appear in large cities, primarily Almaty and Astana, since service markets are formed there. And so are the highest incomes and generation of 35+.

Both, mentality and culture will no longer be an obstacle, as the world of services is globalizing. Besides, many of these institutions offer only day visits, and elderly parents can and should live with their relatives.

- What actions, in your opinion, should be made for development of this area of focus in our country?

- First of all, the government can simply introduce the best practices of developed countries and international standards that allow businesses or entrepreneurs, or socially active groups, start working in this direction. In this situation, we need support, a "state shoulder" and not control over everything and everyone as usual. The first instrument is a per-capita subsidizing, as it has been done with kindergartens.

- Who should do this, business or state? If it is private companies, should they receive support from the state? And what support?

- Everything should start from the market, a private initiative. And the state should support this initiative. This is how the public-private partnership works.

- Do you think there should be regulatory actions?

- The market can be regulated by itself, that is, customers always vote with their feet.

- What are the options for this area of focus can be offered, given our mentality, legislation, etc.?

- This is the scope of service. Therefore, there are rules and requirements to infrastructure, personnel, medical support, and so on. It seems to me that there is no need to invent anything new; on the contrary, it is necessary to launch pilot projects together with the private sector, study the results and then scale up the experience on the basis of joint pilot projects.

The RDIF, the French sovereign fund Bpifrance and the Orpea Group company will invest up to € 200 million to create a network of elderly care centers, rbc.ru reports. A generation ready to pay for “a decent old age of parents” has appeared in Russia, experts say.

The Russian Direct Investment Fund (RDIF), a division of the French sovereign fund Bpifrance International Capital and the Orpea Group Company, an operator of rehabilitation centers for the elderly, agreed to create a network of rehabilitation centers in Russia under the Clinea brand in the medical cluster in Skolkovo, as well as in Russian regions, about 20-30 in the first tranche, told RBC a source familiar with the details of the project. Now the sites in the central region, south and Far East are being considered, said the source RBC.

Orpea Group in Russia, as well as throughout the world, will implement the concept of elderly care, a total care for seniors. The company develops rehabilitation centers, residential care homes, home care services and psychiatric clinics (some of them also provide assistance to young people aged 15–25 years), the main brands of the company are Clinea, Celenus and La Métairie. Orpea Group has 950 clinics with 96.5 thousand beds in 14 countries (there are institutions in China and Brazil in addition to Europe). Most of the centers (354) with 33,443 thousand beds are in France. According to the Ministry of Labor, at the beginning of 2018, there were more than 1.5 thousand residential agencies operating in Russia, including 584 residential homes for seniors and disabled, war and labor veterans, 525 psycho-neurological boarding schools, and 30 geriatric centers. Their total capacity is about 290 thousand places.

According to Rosstat, as of June 2018, there were 37.362 million people over working age (men aged 60 years and older, women aged 55 years and older) in Russia. According to a survey by the NAFI analytical center (respondents could choose several answers), the majority of Russians (77%) believe that assistance to people left alone in old age should be provided by their relatives. Almost half of the respondents (42%) rely on the help of state services, for example, social security agencies. Every fifth person (21%) counts on the near circle (friends, neighbors). 17% believe that volunteers should provide assistance to seniors.

Meanwhile, the Chinese authorities recently made a statement about the priority of funding the elderly care sector, as the number of this population in the country is increasing.

By 2035, the number of elderly people in China will reach 400 million. This forces to take decisive measures to reorganize the system for elderly care in the country.

The infrastructure for elderly care today does not meet either the quantitative or qualitative needs of society. “The elderly care sector was not properly stimulated. The development was unbalanced and inadequate, while supplies are insufficient, and the quality of services remains low,” says the PRC State Council statement.

As part of stimulating the industry development, it is planned to introduce tax benefits for special institutions for elderly care, as well as attract investments through the government stock issuance. Insurance funds will be proposed liberal rules for investing in elderly care projects.

About 27% of 126 million people of Japan are over 65 years old. The aging population has been long complicating the work of financial system and retail industry in the country, but in recent years a new trend has emerged. Local traditions require younger generation to take care for aging relatives, but sometimes elderly people in the country are left alone and without means of subsistence. Having no way out, they commit minor crimes to be sent to prison, tjournal.ru reports.

Like Japan, South Korea is considered to be the country of an “aging population” with more than 14% of population over 65 years of age. Most of them cannot provide for themselves due to low pensions and the lack of working prospects. Having lost contact with society, such people turn to crime, considering it as the only means of survival, writes tjournal.ru.

According to a demographic research of the Tokyo organization Custom Products Research Group, a pension in Japan hardly covers the needs of senior citizens. Utilities, food, and medical services force elderly people to borrow money if there are no other sources of income besides the pension.

Losing the support of loved ones, some pensioners find a solution in prison: they are provided with free treatment and food three times a day. Others go for more radical measures committing suicide.

According to Bloomberg, there are no public or private rehabilitation programs to help older people at risk of being in prison in Japan. However, cost of maintaining them in custody is growing rapidly. In 2015, due to elderly people, total medical expenses in prisons amounted to $50 million, which is 80% more than in 2005. Prisons have to hire special workers to care for the elderly prisoners during the day, and at night this duties lie on the guards.

In 2016, the Japanese parliament passed a law aimed at social support for older Japanese second offenders. Since then, police have been working in conjunction with the authorities, trying to provide the elderly criminals with the necessary assistance for rehabilitation. In the meantime, the prisons are being equipped with handrails and special toilets, and classes are given for elderly prisoners.

This is only a part of the stories that show how relevant this topic has become in recent decades for the whole world. Nations are aging, and society is facing the problems of providing the elderly with a decent old age, medical assistance and care, payment of pensions and social benefits. For example, cost of living in a nursing home in Germany averages 1700 euros (more than 700 thousand tenge) per month.

In Kazakhstan with population of 18 million people, pensioners make up about 2 million; the average pension is slightly more than 40 thousand tenge. According to the Ministry of Labor, 114 residential facilities and 75 day patient hospitals (with disabled persons) operate at the expense of local budgets in the country today; their services cover more than 3 thousand elderly people. Social service departments serve about 55 thousand elderly people and people with disabilities at home. 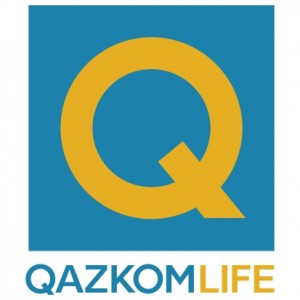 Due to voluntary reorganization of Kazkommertsbank JSC in the form of merging with Ha... 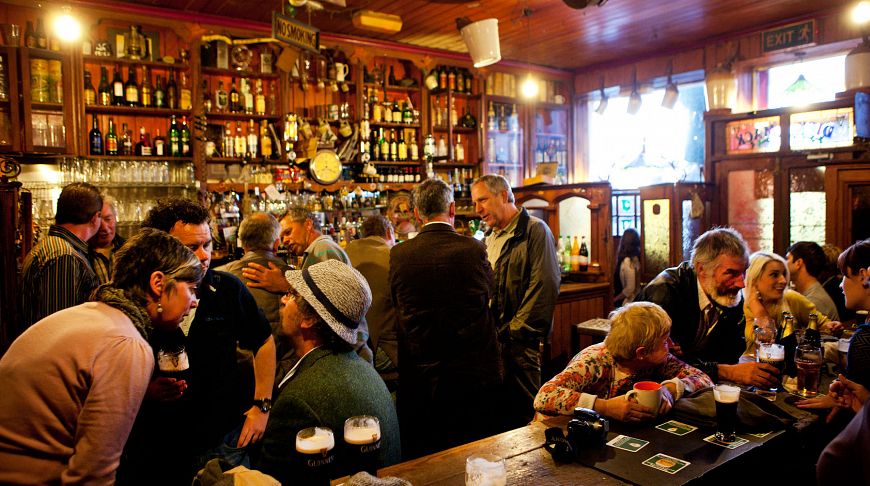 Financial habits of UK residents have quite changed during the pandemic

A British insurance company Aviva has conducted a new study on personal savings and b... 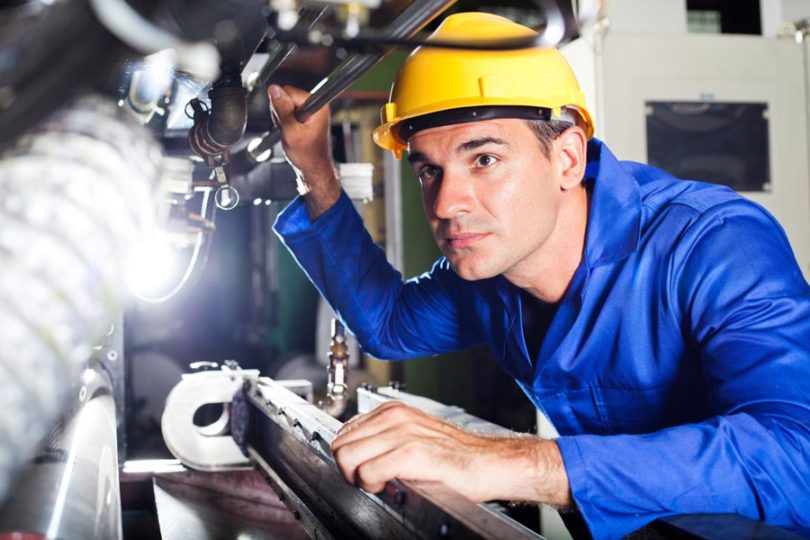